By TEDDY KUYELAFORMER Minister of Transport and Communication Dora Siliya had no authority to instruct ZPPA to cancel a contract for the supply and installation of radar equipment at Kenneth Kaunda and Harry Mwaanga Nkumbula international airports after it had already been awarded, a witness has said.

Mukuka Zimba, the former Ministry of Transport and Communication permanent secretary, who was testifying before Lusaka chief resident magistrate Joshua Banda, said Siliya erred when she directed the Zambia National Tender Board (ZNTB), now Zambia Public Procurement Authority (ZPPA), to cancel the contract because she did not belong to the procurement committee.Ms Zimba, 58, of farm No. 23A Makeni, was testifying in a case in which Siliya has been accused of abuse of authority of office.Siliya is alleged to have directed the cancellation of a duly-awarded tender for the supply, delivery, installation and commissioning of the Zambia air traffic management surveillance radar system to Thales Air System SA.She is also alleged to have accepted a free offer from Selex Systemi Integrati S.P.A for the repair of a radar head at the then Lusaka International Airport without following procedure.During cross-examination by State prosecutor Martin Mayembe, Ms Zimba said Siliya had no powers to seek the cancellation of the tender for the supply, delivery, installation and commissioning of radars at two international airports because she was not part of the procurement entity.Ms Zimba said if Siliya had substantial justification for the cancellation of the contract, she should have written to the then permanent secretary, Dr Eustern Mambwe, instead of writing directly to the then director-general of ZNTB David Kapitolo.“The minister has no powers or authority to cancel any tender which has been awarded by ZPPA because the minister is not part of the procurement committee,” she said.But when asked by one of Siliya’s lawyers, Lubinda Linyama, how much was budgeted for the installation of the radars in the 2008 national budget, Ms Zimba said she did not know the actual amount because she was just transferred and that there was “total confusion at the ministry”.“Your Honour, when I was transferred to that ministry, there was total confusion and the minister was hiding the file containing documents for the installation of a radar at the then Lusaka International Airport.“My findings confirmed that the minister was wrongly handling the issue of installing the radar at the airport,” Ms Zimba said.SELEX, an Italian company, was asked to repair radars at the two international airports at its own cost while the tender procedure was still in process.The case was adjourned to July 23, 2014 for continued trial. 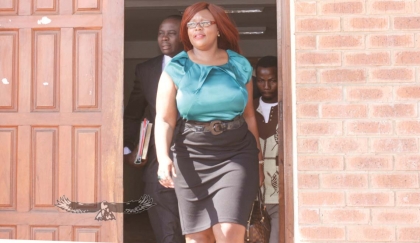