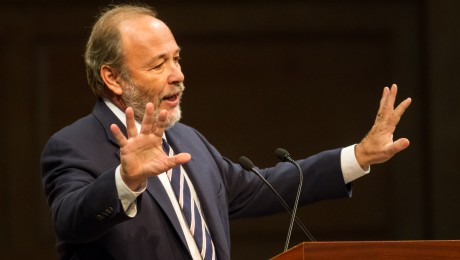 Time Magazine columnist Joe Klein says CNN “has gone in the toilet” with its relentless coverage of missing Malaysian Airlines Flight 370, forcing him to watch Fox News in order to get a straight newscast.

“It is such an embarrassment to our profession that CNN has gone in the toilet the way it has,” Klein said during a talk at New York City’s 92nd Street Y on Sunday. “I miss being able to watch a straight newscast, and it turns out the only place you can go to get one at 6 o’clock at night is Fox.”

As Klein noted, Time Inc., which publishes Time Magazine, is being spun off from Time Warner, which owns CNN parent-company Turner.