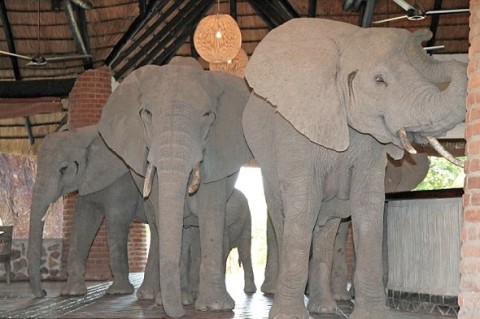 THE Zambia Wildlife Authority (ZAWA) has warned members of the public involved in private wildlife estates against operating illegally on expired licences.

The authority said game ranch owners and other business entities should ensure they submitted their yearly returns and renewed their licences and certificates of ownership as per requirement as non- compliance to the provision would lead to closure of their wildlife estates.

“The deadline for renewal of these licences is December of every year but out of a total of about 245 game ranches, only about 120 have renewed their licences by the set deadline, while the rest are operating illegally on expired licences contrary to the Zambia Wildlife ACT No.12 of 1998 and statutory instrument No. 66 of 2004,” Ms Muliyunda said.

She said ZAWA had since set April 30, 2014 as the deadline for renewal of licences. Ms Muliyunda said ZAWA had of late been receiving numerous reports from people complaining especially of stray monkeys in residential areas around Lusaka.

“Just last week, ZAWA received another report of a stray monkey, which had found its way in somebody’s yard in Emmasdale. The monkey is suspected to have escaped from another house and ZAWA is undertaking investigations to find out who the owner is and ascertain whether that person has a valid permit of keeping wild animals in captivity as it is against the law to keep wild animals without a permit,” she said.

Ms Muliyunda said failure to comply with the provisions of the ZAWA Act would attract a penalty fee of 300 per cent of the ruling fees for the renewal of the necessary permits.

Ms Muliyunda said the continued renewal of licences was a legal requirement under the Zambia Wildlife Act No 12 of 1998 and Statutory Instrument No. 66 of 2004 for all private wildlife estates to renew all permits that pertain to keeping wild animals in captivity failure to which a penalty fee would be imposed.

She said non-compliance to the above provision would lead to closure of the private wildlife estates and disposal of wildlife animals on those properties.