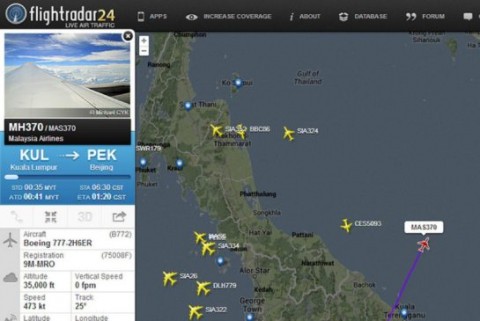 All of the major American television networks have come calling to Canadian Chris Goodfellow for his theories on the disappearance of Malaysia Airlines Flight 370 — and he continues to turn them away.

Instead, he updates his Google Plus blog and watches for more clues.

“I didn’t put it out to get my 15 minutes of fame,” said Goodfellow, 66, in an interview with the Toronto Star on Wednesday from Florida, referring to his blog.

Goodfellow is a McGill University economics graduate with an MBA from Cornell. He’s also a former Class 1, instrument-rated, multi-engine pilot who was licensed to fly in all weather conditions and used to fly his own high-performance aircraft.

Goodfellow said he posted his thoughts because he was concerned the search wasn’t taking place in the right area.

He was also concerned the pilots were being vilified as terrorists or suicidal, with no information to support this.

He sees the possibility of an on-board fire making more sense than terrorism or pilot suicide.

Perhaps a fire on board was started by a cargo of improperly stored lithium batteries or poorly inflated tires, he notes. The pilots would have searched for the nearest available airport to make a night landing. That would explain a 90-degree turn toward the island of Langkawi, where there is a long 4,000-metre runway.

“We old pilots were always drilled to always know the closest airport of safe harbour while in cruise,” he wrote. “Airports behinds us, airports abeam us and airports ahead of us. Always in our head. Always.”

He continued: “What I think happened is that they were overcome by smoke and the plane just continued on the heading probably on George (autopilot) until either fuel exhaustion or fire destroyed the control surfaces and it crashed.”

His simple but informed thoughts have gone viral on the Internet, especially since they were posted on Wired and The Atlantic.