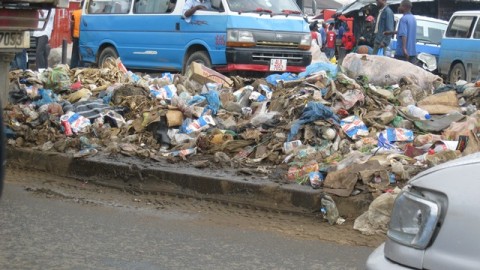 Speaking during the launch of the Millennium Challenge Account (MCA) innovations grant programme in Lusaka today, Secretary to the Treasury Fredson Yamba says the city of Lusaka produces over 250,000 tonnes of solid waste on a monthly basis of which a significant percentage usually finds itself in places it should not such as sewer pipes and drainages.

Mr. Yamba who is also MCA board Chairperson says the city has also been experiencing significant water losses through various points of the network including at household levels which could be avoided.

He says the programme will turn such problems into business opportunities.

He notes that it is expected that the outputs of this component will contribute to improved outcomes of the Lusaka water supply, sanitation and drainage project through increased and sustained access to quality water and hygiene practices especially among the poor.

Mr. Yamba has since encouraged the private sector, non governmental organizations, faith based organizations, women and the youth to take up the challenge in consultation with the people living in peri urban areas who understand the challenges better.

Mr. Yamba has further thanked MCA for its consideration of gender integration and promotion of economic growth opportunities for the poor and vulnerable.

He says the programme will make a big difference in the lives of many Zambia as it will benefit about one million people.