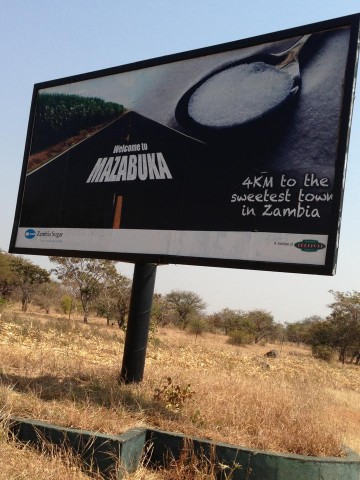 A Thirty Five year old Mazabuka woman who was allegedly tortured by three Criminal Investigation Officers at Mazabuka Central Police station has opted to withdraw the case from the police after being offered to be paid Thirty Thousand Kwacha cash (K30, 000) by the officers that beat her up.

Emily Manyoni, a resident of Zambia Compound in Mazabuka Township was two weeks ago allegedly tortured by the three named C.I.D officers on accusations that she purchased a radio cassette that was stolen from prominent Mazabuka businessman Suleman Bhagoo.

Ms. Manyoni who had to be admitted to Mazabuka District following her alleged beating by the officers has however confirmed in an interview with ZANIS today.

She said that following the development ,  she has forgiven the officers and is withdrawing the case from the police.

Both Manyoni and her husband Aubrey Mboma confirmed that they met the three officers over the weekend at the police station where they resolved and agreed to settle the matter outside the courts of law.

Mr. Mboma stated that the officers have resolved to pay his wife the sum of K30,000 compensation fee following the injures they inflicted on her whilst she was in police detention.

He stated that his wife initially demanded for K70, 000 as compensation but that the police officers pleaded for leniency saying they could only afford to pay K30, 000 which translated to K10, 000 each.

Mr. Mboma stated that the officers pleaded with his wife not go ahead with the case in courts of law for fear that they would lose their employment once they are convicted of the offence because of the overwhelming evidence that is existing on the ground.

Mr. Mboma revealed that despite the pain his wife endured at the hands of the police officers, she was only human and wanted to show forgiveness.

“My wife and I have forgiven the officers who were very apologetic over their action who said that they did not know what they were doing. So we agreed with them that in order for us to close the case they needed to pay the money which will help us counter some of the economic hardships that we are facing as a family,” stated Mboma.

He revealed that the three police officers assured that they would source for the money by way of applying for loans to enable them pay the K30, 000 at once and not in installments before the end of this week.

Over the weekend Southern Province Police Commissioner Mary Chikwanda confirmed the suspension of the three police officers from duty saying a docket had been opened against them in connection with the torture of Manyoni.

Chikwanda stated that trio had been suspended from duty in order to pave way for investigations into the matter adding that a docket against the officers had since been forwarded to the office of the Director of Public Prosecutions in Lusaka for further instructions.

She assured that the trio would only be arrested once the D.P.P gives a go-ahead that they should be prosecuted in the courts of law.