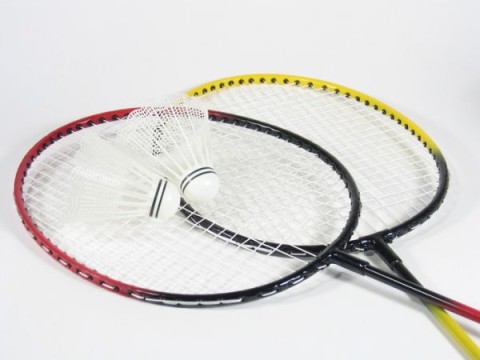 BADMINTON ‘golden boy’ Chongo Mulenga and women top seed Olga Siamupangila have left for Uganda to participate in the Uganda International junior and senior tournaments.
The confident duo left for Uganda yesterday via Kenneth Kaunda International Airport aboard a Kenyan Airliner ahead of the tournament that starts today in Kampala and will end on February 24.
Chongo, who is in contention for the 2014 Nanjing Youth Olympics, will represent the country in both the juniors’ and seniors’ categories that start today in Kampala as Siamupangila will be battling it out in the seniors’ category.
Ranked 49th in the World, Chongo will be looking forward towards collecting enough points that would guarantee him a spot at the Youth Olympics to be held in August.
And Badminton national coach Juma Muwowo said the duo had prepared adequately for the challenge and that they were eyeing to come back home with positive results.
“They have been training hard for this tournament and they are fully aware of what is expected of them. So the target is to win,” he said.
Chongo, who is Zambia under-18 top seed, last year won gold at the Ethiopian International championship’s senior category before minting bronze during the Morocco and South Africa International tournaments.
Meanwhile, Badminton Zambia (BZ) general secretary Kingsley Mulenga said Chongo will proceed to Netherlands where he will compete in the open tournament billed for February 26 to March 2.
Mulenga said the player will then connect to Germany where he will participate in another tournament slated for March 6 to 9.
He said the association had lined up the tournaments for Chongo in order to gain more points that will increase his chances of qualifying for the Youth Olympics.
“Chongo will only be back in the country on March 11. This is because the fight for points has gotten tough and we thought that the more tournaments he participates in, the more the points he will gains to qualify for the Youth Olympics,” he said.