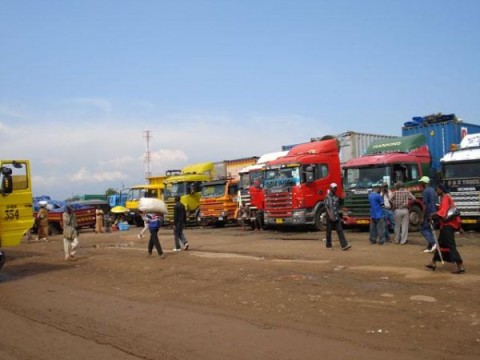 THE Democratic Republic of Congo has offered   to pay K82,000 as compensation to the family of Patrick Mwila, the Zambian truck driver who was shot dead at Kasumbalesa border on January 29 this year.
But Mr Mwila’s mother Estella Chipalambwe says this amount is not enough as her late son was the sole breadwinner for the family.
And government says Kasumbalesa border post will not be closed despite the volatile security situation.
Luanshya district commissioner Harold Mbaulu said in an interview that the Congolese government has offered K82,000 as compensation for the death of Mwila, who was shot dead by a security officer.
“We are discussing with the DRC government to hear how much more money they can give the bereaved family apart from the K82,000.  But there are indications that they are willing to pay more money,” he said.
But Ms Chipalambwe said in an interview after a meeting with the district commissioner that the amount was not enough.
“The DRC government has given us K82,000 as compensation but this money is not enough. Mwila was my only surviving son who was looking after us all,” she said.
Ms Chipalambwe said she had two sons who were now both deceased, adding that Mr Mwila was the one taking care of his brother’s children before he was killed.
She said the deceased had a wife and three children.
Ms Chipalambwe says Government should intervene in the matter so that the compensation package is increased.
Earlier, Mr Mbaulu told Ms Chipalambwe and the widow that the money to compensate the family will be ready this week.
Mr Mbaulu further said he would discuss the matter with Copperbelt Province Minister Mwenya Musenge and Chililabombwe district commissioner Stuart Chitumbo, on how the family was going to access their money.
“I want to speak to the minister to hear the way forward on the compensation, but as we speak, the money is ready. It is just a question of getting it from the DRC government,” he said.
Mr Mwila was shot dead by a Congolese soldier after he allegedly refused to give him a bribe of US$10, an equivalent of K55.
Deputy Minister of Home Affairs Steven Kampyongo on MUVI TV’s Assignment programme on Sunday said closing the border is practically impossible because Zambia is largely a transit country.
Mr Kampyongo said Government is trying to come up with a permanent solution to the problem at Kasumbalesa border to avoid more loss of lives.
“I can assure the people of Zambia that no lives will be lost because we as Government are not sitting back, which is the same with our colleagues on the other side,” he said.
Mr Kam [DRC] pyongo said the border cannot be closed because the problem is a bilateral matter that can be resolved through dialogue.
He said though the border is porous, it cannot be closed because trade among Southern African Development Community (SADC) countries would be adversely affected.
And Mr Kampyongo said the provincial joint operations committee will continue monitoring the situation at Kasumbalesa and advise on whether there would be need to further increase the number of security personnel at the border post.
Mr Kampyongo said in an interview yesterday that 200 extra police officers have already set camp at the border.
“We are going to listen to the provincial joint operations committee’s advice on whether to increase the number of police officers or to bring in other security personnel such as the Zambia Army personnel and other security wings,” he said.