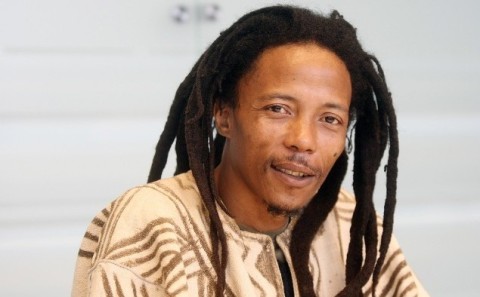 Rastafarians have the legal right to seek election as members of Parliament (MPs) but statutes are not specific about whether they may take their seats in their dreadlocks.
According to correspondence from Cecilia Sikatele, of the Office of the Clerk of the National Assembly, to Zambia Daily Mail company secretary George Zulu, any person shall qualify to be elected as an MP if he or she meets the criteria under Article 64 and 65 of the Republican Constitution.
Rastafarians, like any other citizen, would meet that criterion unless they are serving a custodial sentence.
The query was made in the wake of dreadlocked musician and activist Maiko Zulu indicating that he would seek election as MP.
Ms Sikatele said Parliament is an honourable institution and MPs are respectable people who dress and conduct themselves in an acceptably responsible manner.
“I have been directed to acknowledge receipt of your letter dated 13th January, 2014, addressed to the Clerk in which you sought to know whether National Assembly does allow Rastafarians to become members of Parliament.
“I have further been directed to advise that the qualifications for election as a member of Parliament are prescribed in the Republican Constitution under Articles 64 and 65…,” the letter reads in part.
Among the disqualifications are that a person cannot be elected member of Parliament if he has, within a period of five years before his nomination for election, served a sentence of imprisonment for a criminal offence.
The Law also states that any person of unsound mind does not qualify to be elected if one has been sentenced to death by a court in Zambia or one has been declared bankrupt.
Further, a chief does not qualify, unless he abdicates his throne.
“It is also important to note that the Zambian Constitution does not discriminate on who may stand in terms of religious beliefs,” Ms Sikatele said.
Anyone may aspire to be an MP as long as they are Zambian, 21 years or above, literate and conversant with the official language, English.
Meanwhile, Zulu has welcomed the news that his dreadlocks cannot disqualify him from being a member of the house.
Zulu said if one does not know their rights, they are bound to give up on their dreams.
He added that this news stands as an encouragement to other people with dreadlocks who aspire for public office.
“There are professionals like bankers, lawyers, teachers who should be allowed to wear their hair in this fashion because dreadlocks are our African identity,” he said.
Recently, “Ras” Zulu, known for his often apt socio and political commentary, declared an undying love for his long hair which he said shall stay even if he gets to sit in Parliament.
The revelation came shortly after he made a bold and public announcement that he wants to move beyond being a ‘change agent’ through music by becoming a legislator.