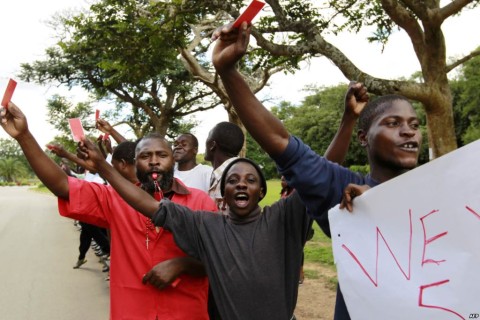 Tweet
Opposition Alliance for Better Zambia (ABZ) President Frank Bwalya has refuted accusations that he is dishing out money to the people of Katuba constituency as a way of campaigning for the by-election slated for February 28 2014.

Fr Bwalya has told Qfm in an interview his party has not at any time dished out money to the people of Katuba to earn their support.

The ABZ leader says his party has only been campaigning in the right way without any malpractices involved as it is up to the people of Katuba themselves to decide.

The opposition leader however notes that his party intends to engage the Electoral Commission of Zambia (ECZ) on such allegations another party is falsely accusing the ABZ of engaging in electoral malpractices.

He says it is wrong for political parties taking part in a by-election to start accusing each other falsely instead of concentrating on what they can do for the people of Katuba.

And Fr. Bwalya has called for peace among the political parties taking part in the Katuba parliamentary by-election.