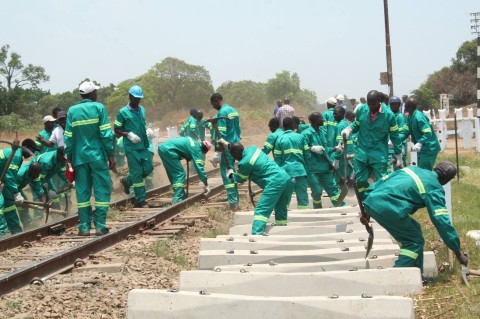 Tweet
Good Morning Dear Friends,Today, I wish to share with you our Government’s progress on the repositioning of the Zambia Railways Limited (ZRL) to be the leading bulk and heavy cargo transport company in Zambia. With the pumping of US$120 million into the company by our Government, major rehabilitation works of the track, rolling stock and signaling system are being undertaken as from September 2013 to 2015. Some of the achievements to date include:

• The inter mine operations which had collapsed during the time the ZRL was in private hands, have since been revived by ZRL which hauled 37, 895 tons during 2013;

• Opening of the Beira and Botswana routes which will increase traffic for ZRL;

• Signing of through booking and access trains operations agreement for Nacala corridor, ZRL to commence operations on 1st March 2014;

• ZRL took-over operations of Mulobezi railway track on 1st January 2014 which will be rehabilitated and new rolling stock will also be procured;

The future of ZRL looks very bright as a lot of business opportunities exist in the market which include the growth of the mining and construction industries as well as the increase in the export of cement and sugar among others. It is envisaged that once the track rehabilitation programme is complete, the rail track infrastructure capacity will be increased to 8 million metric tons and the rolling stock to 3 million tons. Our Government’s decision to recapitalise ZRL was therefore CORRECT and of enormous benefit to our country. MCS- 04/02/14