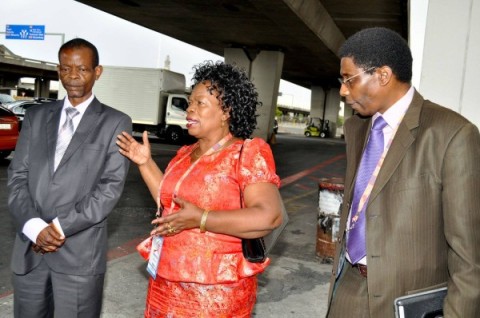 Government has launched a national programme to use female chiefs as advocates to enhance and preserve peace and stability in society.
Minister of Community Development, Mother and Child Health, Joseph Katema, said traditional leaders are better placed to inculcate and preserve peace in communities due to the respect and authority they command.

Dr Katema was speaking when he opened the Chiefs’ Workshop on Governance and Peace Advocacy at Mulungushi International Conference Center in Lusaka attended by 31 female chiefs drawn from across the country.

Dr Katema said that President Michael Sata attaches great importance to traditional matters and had created the Ministry of Chiefs and Traditional Affairs to underscore their strong role of being custodians of culture and heritage.

“The Patriotic Front Government attaches great importance to the programme we are launching today as it is intended to inculcate values and norms that enhance cohesion in our society” said Dr Katema.

He urged the chiefs to convey messages of peace, love and unity to their subjects and ensure that it reaches a wider section of society.

Dr Katema said tribalism and ethnicity should not be allowed to mar the landmark achievement in 50 years of relative peace and urged the chiefs to guide the country on another pilgrimage to a peaceful centenary.

Dr Katema lamented the usage of youths in promoting ethnic and socio political violence in the country as it does not contribute to national building.

And Chiefs and Traditional Affairs Minister Nkandu Luo urged Zambians to take advantage of this opportunity to enhance peace, stability and democracy as a springboard for national development.

Prof Luo said her ministry will vigorously campaign against child marriages and will engage female chiefs to help resolve conflicts that are potentially sliding the country into tribalism and regionalism.

Dr Brems implored the Chieftainesses to use their strong traditional leadership position in society and advocate for the eradication of child marriages and implementation of mandatory male circumcision.

She commended the Ministry of Chiefs and Traditional Affairs for winning the USAID worldwide competition that has subsequently made available funds that are being used to sponsor the forum for promoting female chiefs as advocates for peace and stability.

And Chairperson of the House of Chiefs Senior Chieftainess, Nkomeshya Mukamambo II, commended government for recognizing chiefs’ pivotal role in fostering development in chiefdoms and at national level.

Chieftainess Nkomeshya appealed to government to help the royal highnesses use their indigenous languages as a medium to convey the peace messages and that the findings of the conference be made available to the public domain.