Home GENERAL NEWS Ultimatum to GBM is not right – Ng’oma 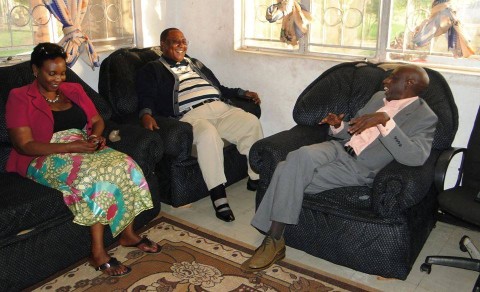 Tweet
Political analyst Alex Ng’oma says it is not right for the patriotic front to give former defense minister Geoffrey Mwamba an ultimatum to resign.

It was reported on Thursday yesterday that the Northern Province Executive has given Mr. Mwamba a 14 days ultimatum in which to exculpate himself.

But Dr. Ng’oma has told Qfm news in an interview that there is need for the senior members of the PF to consider inviting Mr. Mwamba for dialogue.

Dr. Ng’oma notes that it is not right to do things in the manner the PF Northern Province is handling the issue of the former Defense Minister.

He explains that conflict is a natural aspect of human interaction hence the needs for the party to discuss the way forward than to force him to resign.

He stresses that it is also time for the PF administration to show leadership and maturity in everything they do on the matter of Mr. Mwamba.

The political analyst has also appealed to politicians in the country to have the spirit of reconciling as opposed to attacking each other on petty issues.