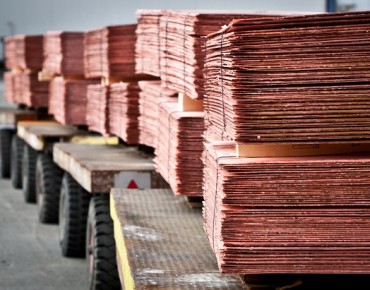 ZAMBIA’s copper industry is expected to remain strong despite continued volatility in the short-term, ZCCM-Investment Holdings (ZCCM-IH) Plc anticipates.
The group attributes the buoyant copper industry to developments in Africa and Asia.
This is according to the company’s annual report and financial statements for the year ended March 31, 2013.
“ZCCM-IH remains confident about the fundamentals of the mining industry in general and those of copper in particular. While continued volatility is expected in the short-term, the long-term fundamentals for copper are expected to remain strong on the back of continued urbanisation in China, India, South East Asia and Africa,” it says.
The report availed to the Daily Mail says the copper industry is expected to grow by 2015 as investments continue in Lubambe Copper Mine Plc, Konkola Copper Mines Plc and First Quantum Minerals Limited’s new Trident Mine.
It says ZCCM-IH is well positioned to maximise returns from its existing investments concentrated in copper mining and pursuing value addition opportunities in other minerals and mining-related prospects.
“Zambia’s economy is expected to grow at higher rates than most of the economies in sub-Saharan Africa premised on increased execution of development projects, investment in transport infrastructure, private investment in existing and new mining operations, and power projects,” it notes.
Meanwhile, the group recorded a turnover of K520 million in 2013 compared to K257 million in 2012 with operating profit increasing by K50 million to K417 million.
The report says improved dividend payments from investee companies also impacted positively on group’s performance.
However, profit after tax reduced to K762 million in 2013 from about K1.24 billion in 2012.
“The group’s retained earnings as at March 31, 2013, were positive at K4. 01 billion in 2013 compared to K3.25 billion in 2012,” it says.