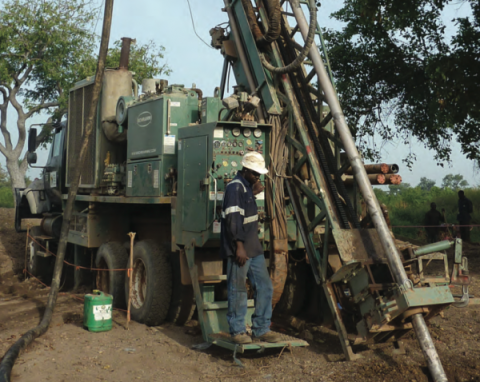 Blackthorn Resources has updated Resources at the Kitumba deposit at its wholly-owned Mumbwa Project in Zambia by 25% to 34.7 million tonnes grading 2.29% copper at a 1% cut-off.

Optimisation of metallurgy, process plant design and mine plan is underway using this updated Resource estimate.

“We are delighted with this Mineral Resource update. The excellent results reported from the Phase 7 drilling program have translated into an increase in tonnes, grade and confidence level, delivering an increase of over 25% in contained copper metal in the high-grade zone of the Kitumba deposit,” acting chief executive officer Mike Oppenheimer said.

“At a 1% Cu cut-off, the Mineral Resource now has a copper grade of 2.29%, confirming Kitumba’s ranking as one of the highest grade undeveloped copper resources of ASX listed projects.

“With over 10 million tonnes of Mineral Resource at nearly 3% in the Measured category, or 306,000 tonnes of contained Cu metal, we look forward to being able to announce an update to the Ore Reserve estimate, once the optimised mine plan has been completed.

He said the company is now focused on optimising other key economic drivers, including metallurgy and process plant design to improve metal recovery, in parallel with optimisation of the mine design.

“The PFS Optimisation is proceeding to schedule and is expected to be completed by April 2014,” Oppenheimer added.

Blackthorn had engaged South Africa’s The MSA Group as an independent consultant to conduct the updated resource estimate after completing the Phase 7 drilling program.

Using a 1% Cu cut-off, the Kitumba deposit now contains a total Measured and Indicated Resource of 34.7Mt grading 2.29% for a total of 795,000 tonnes of copper. This represents a 25% increase in contained metal over the April 2013 Mineral Resource estimate.

The company had last month released the Pre-Feasibility Study for Kitumba that demonstrated its potential to be an economically and technically viable project.

Notably, work is ongoing to optimise the project with a focus on metallurgical recovery and mining sequence that could enhance economics.