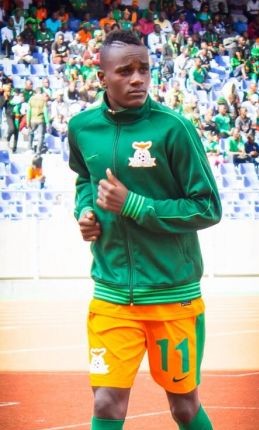 The 20 year old has been in K’Ogalo’s radar for some time now and is currently in the country with the Zambian squad in the Gotv Cecafa Senior Challenge Cup.

Situmbeko currently plays for Power Dynamos in the Faz super league and has been touted as a great talent.

“It’s true I have signed a two year deal and I am supposed to report back in Nairobi on December 27. I have heard of Gor Mahia and I believe I can make difference in the team by working hard with the rest of the players,” Situmbeko also known as Julio told supersport.com.