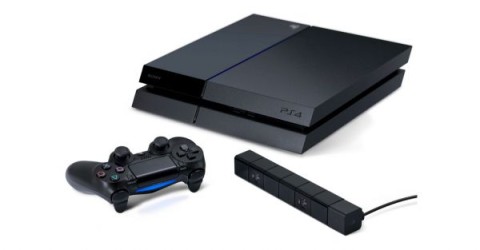 Sony’s PlayStation 4 hits store shelves on Friday — and gamers with early access are starting to weigh in. 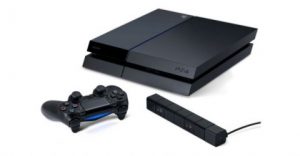 The electronics giant is holding a launch event Thursday night at the Standard Hotel in New York City, where fans are invited to play with the new console. For those keeping score, Sony’s big launch event for the PlayStation 3 in 2006 was held in San Francisco.

Reports are coming in that people are already waiting in line at retail stores, like Best Buy, and the device has been listed in eBay for as much as $10,000. Some listings that are as high as $25,000promise to donate proceeds to charity, but there currently are no bids.

Early reviews of the PS4 are trickling in, so what are the critics saying? Most agree that the graphics and controllers are impressive, but note that they’ve only had a few days to test the machine.

Poygon’s editors say that aside from having an attractive hardware design, the PS4’s updated user interface is a major improvement.

Engadget’s Ben Gilbert says the DualShock 4 controller is the best that Sony has ever created, adding: “I love the DualShock 4. It’s a very comfortable controller, and as stated earlier, the best of its kind.”

Kotaku’s Stephen Totilo is also a fan but notes: “One of the signature additions to this PlayStation controller is a multi-touch touchpad, though it plays no great role in any of the console’s launch games that I’ve found.”

The PS4 is powered by Advanced Micro Device’s “Jaguar” chip and uses its Radeon Graphics Core Next engine. The device has a built-in 500-gigabyte hard drive, has a higher 1080p screen resolution and runs at 60 frames per second. The console is not backwards compatible, but Sony says that gamers can upgrade a PS3 game for about $10, as long as the disc is in the optical drive.

The DualShock 4 controller, which replaces the PS3’s Sixaxis controller, adds a touchpad, light sensor and share button — among other upgrades. The PS4’s user interface has an heavier emphasis on graphics and adds a social feed that broadcasts updates from friends.

Sony is launching the PS4 with at least 26 games, including “Killzone: Shadow Fall,” “Call of Duty: Ghosts” and “Assassin’s Creed IV: Black Flag.” The console retails for about $400.