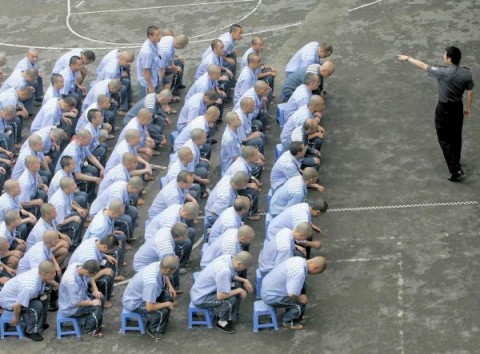 China will loosen its decades-old one-child policy by allowing two children for families with one parent who was an only child and will abolish a much-criticized labor camp system, its ruling Communist Party said Friday.

The changes were part of a key policy document released by the official Xinhua News Agency following a four-day meeting of party leaders through Tuesday in Beijing. The document also seeks to map out China’s economic policy for coming years.

The labor camp — or “re-education through labor” — system was established to punish early critics of the Communist Party but now is used by local officials to deal with people challenging their authority on issues including land rights and corruption.

“There have been many methods used recently by this government that are against the rule of law, and do not respect human rights, or freedom of speech, but by abolishing the labor camps … it makes it much harder for the police to put these people they clamp down on into labor camps,” Pu said.

“This is progress,” Pu said.

The new policy will allow two children for families where only one parent was an only child.

The Chinese government credits the one-child policy introduced in 1980 with preventing hundreds of millions of births and helping lift countless families out of poverty. But the strict limits have led to forced abortions and sterilizations, even though such measures are illegal. Couples who flout the rules face hefty fines, seizure of their property and loss of their jobs.

Last year, a government think tank urged China’s leaders to start phasing out the policy and allow two children for every family by 2015, saying the country had paid a “huge political and social cost.”

The China Development Research Foundation said the policy had resulted in social conflict, high administrative costs and led indirectly to a long-term gender imbalance because of illegal abortions of female fetuses and the infanticide of baby girls by parents who cling to a traditional preference for a son.