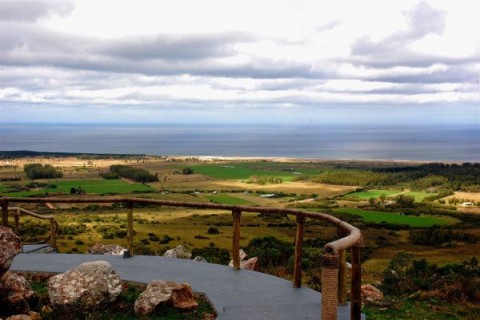 The Uruguayan government sent a draft law to parliament Tuesday that would ban the ownership of land by companies if they are in any way linked to foreign countries. The measure states it “aims to avoid the risk of foreign states breaching the sovereignty of the Uruguayan state in the absence of appropriate regulations and occupying a significant position in agricultural activity.”

The country’s presidency, which announced the proposal, argued that land is a scarce and nonrenewable resource in Uruguay as it highlighted the economic importance of the agricultural sector.

According to the measure, ”some states participate (in land purchases) through companies and investment funds for agricultural production in order to provide food security to the populations of their countries.“

The proposed law seeks to have a ”deterrent effect” and cites legislation in Australia, New Zealand, Brazil and Argentina as precedents.

According to stats from Uruguay’s Ministry of Agriculture in the last twelve years the average price of a hectare of land has increased nine-fold from 385 dollars in 2002 to 3.472 dollars currently. In the last thirteen years 7.1 million hectares (out of a total of 16 million approx) have changed hands with a turnover of over 9 billion dollars.

The stats office DIEA points out that the average price of land in 2012 was up 9% (over 2011), but since then values have stabilized while sale operations was down 10% and the land surface 5%. In 2012 agriculture land sales reached 1.17bn dollars.

In the first half of 2013 the price for leasing land is down 4% to an average 157 dollars per hectare.

However going back to prime agriculture land the average price per hectare ranges between 6.000 and 6.300 dollars. At the other end basalt to the north of Uruguay has an average going price of 2.300 dollars.

The increase in the price of land in Uruguay, as in neighboring Brazil, Paraguay and even Argentina despite the unorthodox conditions of that market, has been the boom in soy. Uruguay from virtually no crop has jumped to almost three million tons in a decade.