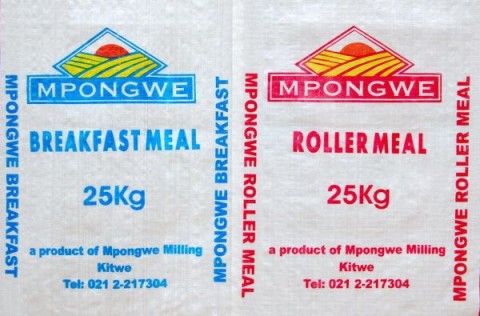 Mpongwe Milling, which has been privately owned by a family since 2006, operates in the Copperbelt province of Zambia.

Zeder Investments Limited
(Incorporated in the Republic of South Africa)
Registration number: 2006/019240/06
Share code: ZED ISIN: ZAE000088431 (“Zeder”)
ACQUISITION BY A SUBSIDIARY OF ZEDER OF 100% OF THE ISSUED SHARE CAPITAL OF MPONGWE MILLING (2009) LIMITED (“MPONGWE MILLING”)
1. THE ACQUISITION
Shareholders are hereby advised that Zeder, acting through its subsidiary Chayton Africa (or its nominee) (“the Purchaser”), has entered into an agreement with the shareholders of Mpongwe Milling (“the Sellers”) in terms of which the Sellers will dispose of the entire issued share capital in Mpongwe Milling (“the Sale Shares”) to the Purchaser (“the Acquisition”).
2. BACKGROUND INFORMATION
Mpongwe Milling, which has been privately owned by a family since 2006, is a leading maize and wheat mill in the Copperbelt province of Zambia and has been operating as such for over a decade.
Chayton Africa, through its Zambian subsidiaries, currently owns and operates several large scale commercial farming operations in the Copperbelt and Central provinces of Zambia.
3. RATIONALE FOR THE ACQUISITION
Chayton Africa’s strategy is to become a diversified agricultural company that owns and operates grain and other related agri and value chain businesses across Southern Africa.
Mpongwe Milling complements Chayton Africa’s current operations and the Acquisition provides Chayton Africa with an opportunity to expand its product offering across the value chain.
4. PURCHASE CONSIDERATION
The cash consideration payable by the Purchaser to the Sellers for the purchase of the Sale Shares is USD27 500 000, with USD2 500 000 of such purchase consideration being subject to the achievement of
predefined future performance criteria by Mpongwe Milling. Failing such achievement, the USD2 500 000 portion of the purchase consideration shall be reduced or forfeited.
5. CONDITION PRECEDENT
The Acquisition is subject to the condition precedent that the approval of the relevant competition authorities is obtained on conditions acceptable to the Purchaser.

Notes and assumptions:
The unaudited interim information for the period ended 31 August 2013 has been extracted from the published interim results announcement of Zeder.
All the adjustments for the Acquisition will have a continuing effect, except for the transaction costs (refer note 8).