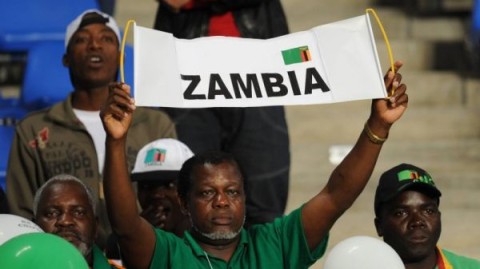 Lwendo Chisamu scored the winning goal midway through the first half, when she sent in a long freekick that went high over Namibian keeper Melani Hikuam’s head into the net.

Namibia did the early attacking with Anna Shikusho a constant threat in the Zambian box with her powerful runs. Twkce she broke through on goal, only to be ruled offside.

But despite dominating the early possession, it was Zambia who took the lead out of the blue when Chisamu’s lofted freekick went in high into the net.

A minute later Misazi Zulu had a header saved, while at the other end, Millicent Hikuam came close for Namibia, but her shot was blocked on the line.

Shikusho had a shot saved early in the second half, while Namibian keeper Melanie Hikuam brought off a fine diving save to tip a Zulu shot away.

The victory sees Zambia taking a 1-0 advantage into the second leg match which will take place in Zambia in November.