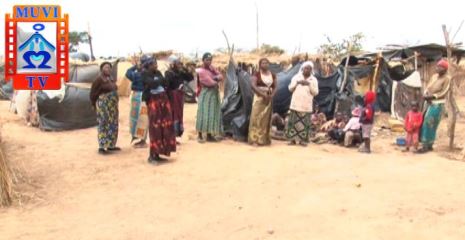 BEFORE June 14, this year, very little was known about Kampasa area and its occupants until the unfortunate killing of two residents by Zambia National Service (ZNS) officers.
The residents of the 50 hectare land that the ZNS provided for them and the additional 20 hectare land allocated by prominent businessman Galaun after the latter chased them from his farm land, is barren land dotted with tents.
The area has no proper sanitation facilities, with the closest lavatories being the nearby bushes or empty shake-shake containers littered in the area. The residents have no access to clean water with their only source being trenches they have created along the Ngwerere stream.
With the onset of the rains only a few weeks away, it is clear that the residents are already panicking over their worn out shelters and imminent waterborne diseases due to lack of proper sanitation facilities.
An on the spot check of the area, found some residents busy building mud houses while others were digging pit latrines.
“People here have probably started building proper shelters late because we can even smell the rains now and with no proper sanitation facilities, there is bound to be an out-break of Cholera, dysentery and other water-borne diseases,” Elidah Mushanga, a resident of the area said.
Mrs Mushanga, who is the wife to the area chairperson, said the onset of the rains will further contribute to already existing problems which the residents are facing such as lack of food and health facilities.
She bitterly complained that since their displacement from the Galaun Farms in June this year, they families who also abandoned their farming activities no longer have profitable income generating activities.
“As women, we are bear the brunt of the suffering. We no longer farm here, no businesses, no health facilities. Our children have to walk long distances to schools and we fear that they will soon stop once the rains start because the make-shift bridge will probably be submerged,” she said.
Another resident, Eliza Mukala called on Government to come to their aid before they die of hunger and starvation.
“If hunger doesn’t kill us, diseases will, especially during this rain season. We are in dire needed of social amenities and deserve to live as dignified people just like everybody else,” she said.