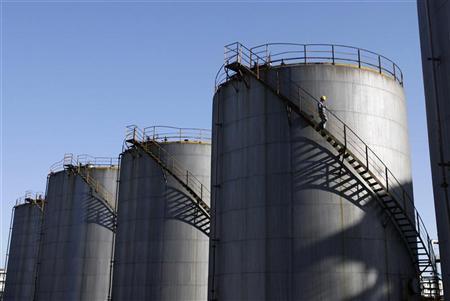 PETROLEUM products at the 10 million litres Lusaka-West Fuel storage terminal have been offloaded ahead of the facility’s commissioning slated for later this month.

Mines, Energy and Water Development Minister Yamfwa Mukanga said in an interview yesterday that so far 30 trucks each laden with 40,000 litres of petroleum had off-loaded the product at the Lusaka-West terminal.

“About 30 tankers so far off-loaded fuel at the new terminal in Lusaka West and a lot more are coming because we want to fill all the storage facilities there before the plant is commissioned this month end,” he said.

He said the Government had embarked on construction of other storage facilities in Mongu, Mpika and Solwezi to increase the number of delivery fuel points in the country.

Meanwhile, the entire 9,480,000 litres of fuel held up in the 237 tankers which were marooned at the Tanzania-Zambia Mafuta (TAZAMA) distribution terminal in Ndola last week, has been offloaded.

In a separate interview, TAZAMA general manager Patrick Musenyesa said all the fuel from 237 tankers marooned due to unavailability of letters of credit had been successfully offloaded at the terminal in Ndola.

“Offloading only came to a standstill for two days last week and only 237 tankers were marooned because letters of credit had not been given out. But we have now cleared the back log, off-loading has resumed and operations normalised,” he said.

Musenyesa also confirmed that on Sunday, TAZAMA cleared 30 tankers to offload petroleum and diesel at the Lusaka-West fuel terminal.