Home MAIN NEWS Is a musician from Zambia worth the limelight? 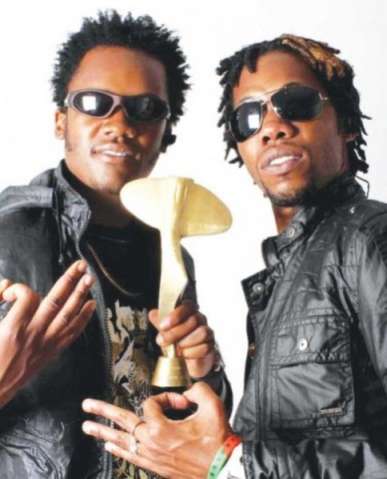 Malawians have a penchant for everything foreign but one wonders whether ev¬ery musician from Zambia is worth the limelight. I have in mind The (Dis) Organised Family.

Zambian music is promoted heavily on local radios, night¬clubs and entertainment centres. How I wish that promotion was enjoyed by my brother Joseph Nkasa who is arguably one of the best contemporary lyricists in Malawi.

My liking for Nkasa’s music can¬not be doubted although I have criticised him several times for praising few political gods. I miss the man who kept us en¬tertained regularly; you could even see him at Ndirande Tavern performing.

But no-one can take away Nka¬sa’s creativity and foresighted¬ness. His prophecy can be ri¬valled by few creators of music. I would not be surprised if Nka¬sa becomes a subject in school someday, that is my wish. Yes, I would be glad when finally the irrelevant topics are highlighted, deleted and trashed from the re¬cycle bin to incorporate Joseph Nkasa and his music. This was besides my point today.

I would be lying if I declared that I don’t like even a single thing from Zambia. I have been a fan of Zambia football and if I were a player, I would not nickname myself Drogba like Grant Lungu or Baggio like Robert Ng’ambi. I would model my game along Derby Makinka, thus I would be called Makinka.

I like Zambian music too. Around 1994, I had seen Michael Kumwenda and the Burning Youth performing at Civo Stadium. It was quite a talented group, his death was devastating. May Mi¬chael’s soul continue resting in peace.

I also liked Fredrick Jacob Titus Chiluba, that small frame of his was never a challenge, he har¬boured huge ambitions and he went on to live his dream. That famous picture when he avoid¬ed reporters is still vivid several years after his death. He was my favourite, may his soul rest in peace too.

Then some would say you can¬not go wrong with Lozi women. Their beauty is blinding they say. You can testify if you met one. There is a lot you would love Zambians for.

But there is this group Organised Family, popularly known as Orga Family, that is slowly be¬coming a thorn in the flesh of Malawians who like everything Zambian. How many times has the duo failed to show up de¬spite the billing that they will make an appearance? You will lose count if you attempted to.

What lessons have we learnt from this? It is time we started recognising local talent and stop patronising these so-called international musicians from Zambia. Some would claim that the standards in Zambia are better that is why we ignore our local stars.

Well that is just a perception because the sweet-nothings in Zambian music is not better than our own Blak Jak for in¬stance. Who has forgotten how the explicit Danny K’s song was hugely promoted in Malawi? And when Blak Jak composed his own song, not too explicit for sure, everyone blamed the boy for being unMalawian. Are we fair to our musicians when we praise Zambian musicians yet we ostracise our musicians?

Let these Zambians know that we cannot be taken for granted forever. We have our own mu¬sicians worth mentioning. Next time the two boys are in Malawi, let them know that they are not good enough.

Their music has been popular¬ised by these drinking joints at the expense of Malawi’s greats. We might wish to be Zambians but these boys have only dis¬played how disorganised they are, once again.

But will I be surprised that Ma¬lawians will continue praising these Zambian musicians? I will not. You will see them again in Malawi soon, I don’t doubt.