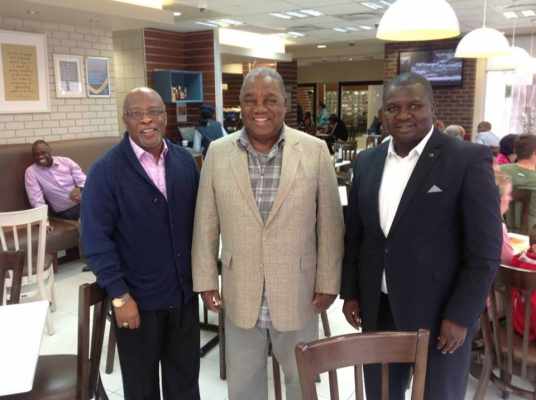 Former President Rupiah Banda has called for an end to the spread of lies about Zambia’s economy being bleak.
Mr. Banda says lies such as Zambia losing national assets owing to the foreign debt it owes are capable of destroying the Country’s imagine abroad.
He says the country is in fact capable of paying back its debt as it is within its borrowing limits.
Mr. Banda, who is Zambia’s fourth Republican President, says the Zambian economy is positive and undergoing a normal economic process.
He has however noted the need to find solutions to problems persisting in the Country’s agriculture, mining and manufacturing sectors.
The former Republican President has also observed the need to interrogate why Zambia is being visited by fewer tourists despite being endowed with immense tourism sites.

He was speaking in Johannesburg, South Africa, in transit to Nigeria where he will lead a team of observers to monitor that country’s presidential and parliamentary elections due this month.
And Mr. Banda has called on African countries to give support to the people of Democratic of Congo (DRC) in order to maintain peace in that country.
He has observed that the recent elections in DRC demonstrated that there is deepening democracy in Africa.
This is contained in a statement made available to Q-News by first secretary for press and public relations in the Zambian mission in South Africa Naomi Nyawali.