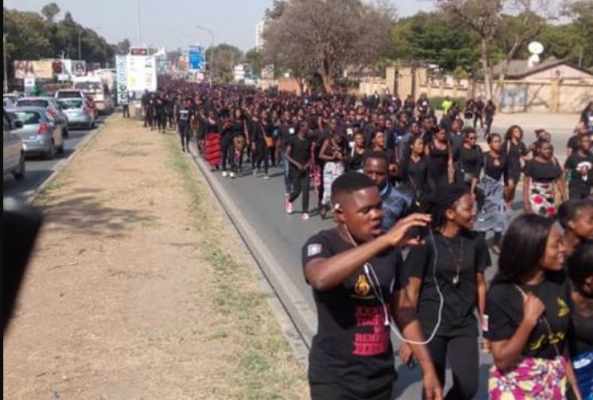 Prof Luo also questioned the source of the black T-shirts worn by the students if the riot was not planned.

The minister said the riot at UNZA which led to the death of a fourth-year female student was motivated by outside elements.

“We know that the riots are instigated by outside influence. That is why we want this case to be thoroughly investigated and ensure that the culprits are brought to book.

“There was no need for the students to riot when their allowances were to be paid a day before the due date?”

Prof Luo made the accusation after Choma Member of Parliament (UPND) Cornelius Mweetwa accused her of being too harsh on the students to an extent of banning students’ unions in the country.

“You have been too heavy handed on the students leading to a situation where you have banned student leadership such as students union, now when there is a demand students don’t know how to channel their grievances,” Mr Mweetwa said.

But in her defence, Prof Luo said, “ I would have wished that this Member of Parliament asking this question should have declared interest and probably it’s because of his leadership that we have had so much damage done to people’s property.”

Vespers Shimuzhila, a fourth-year student in the School of Education, died after a teargas canister was allegedly fired into her hostel room causing an electric fault which ignited fire and fumes.

Prof Luo said some outside elements were using students on suspension or those who had been expelled from the university to organise riots.

Meanwhile, Minister of Energy Mathew Nkhuwa said Government would re-engage Saud Arabia to increase the financing agreement for the supply of cheap-priced fuel from US$20 million to US$100 million.