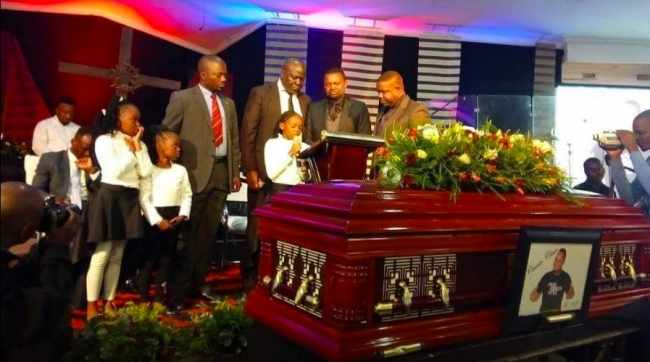 During a funeral service held at Northmead Assemblies of God, Chitamfya condemns those he termed were maligning his son in death

“As a family we choose light over darkness”
He said his son was a victim of success as Zambians scorned upon what they perceived as wealth.

“My son at the age of 24 managed to achieve what I could not achieve as the father in m entire life.”

Caristo Chitamfya Jnr died in a traffic accident when his Mercedes Benz crashed into a light truck.