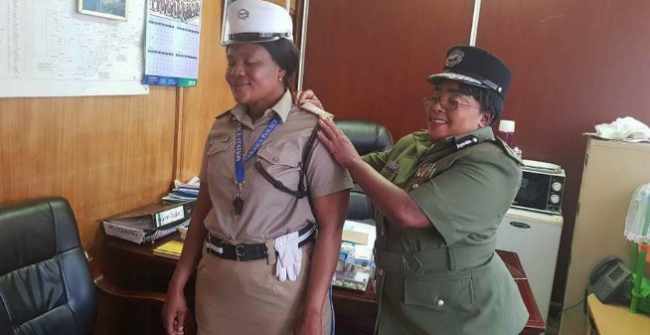 Police has promoted Woman Constable Charity Nanyangwe to the rank of Sergeant after social media went abuzz yesterday when she braved the rains to control traffic flow.

In the picture is Commissioner of Police in charge of Administration Ms. Lombe B.Kamukoshi decorating the Officer after being promoted today.