It was a long, uphill battle, years in the making, but prosecutors in Montgomery County, Pennsylvania, finally won the conviction on felony sexual assault charges of the man once revered as “America’s Dad.”

At the age of 80, Bill Cosby was convicted today on three felony counts of aggravated indecent assault stemming from drugging and molesting a woman in his suburban Philadelphia home 14 years ago.

As the verdict was read just before 2 p.m. in the Montgomery County Courthouse in Norristown, Pennsylvania, Cosby leaned his head down, took a deep breath and appeared to close his eyes.

Cosby’s main accuser, Andrea Constand, and two other women who say Cosby also drugged and sexually assaulted them were in the courtroom and burst into tears as the verdict was announced.

“I feel like my faith in humanity has been restored,” one of the women, Lili Bernard, said after hearing the verdict. “I stand here in the spirit of Martin Luther King, who said that the arc of the moral universe is long but today it has bent towards justice.

“Today, this jury has shown what the #MeTo movement is saying, that women are worthy of being believed,” she said. “And I thank the jury, I thank the prosecution.”

The conviction came about 11 months after a mistrial was declared in Cosby’s first trial when a jury failed to reach a verdict.

The jury of seven men and five women began deliberating Wednesday and spent a little over 12 hours going over evidence presented to them over the last two weeks before rendering their unanimous decision.

“Andrea Constand came here to Norristown for justice and that is what 12 jurors from Montgomery County provided her,” Montgomery County District Attorney Kevin Steele said during a post-verdict news conference. “We have shown from our record that money and power or who you are will not stop us from a criminal investigation or prosecuting a case.”

Steele, who prosecuted the case with assistant district attorneys Kristen Feden and Stewart Ryan, added that the investigation unmasked Cosby as “a man who has spent decades preying on women that he drugged and sexually assaulted.”… 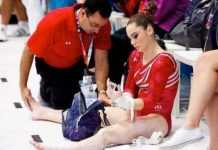