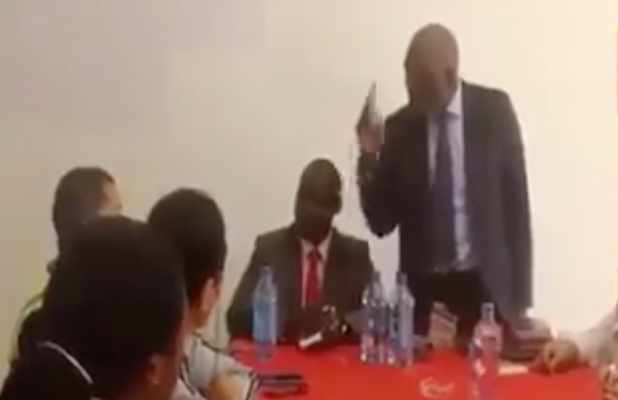 Labour Minister Joyce Nonde Simukoko says there is nothing strange over a Chinese national’s action that walked out on Labour Commissioner Chanda Kazhiya who demanded to see his work permit.

Ms. Simukoko has justified the action by the Avic International official who walked out during a meeting with the labour commissioner in trying to resolve labour related issues in Kabwe recently.

The Avic International official last week angered Labour Commissioner, Chanda Kaziya after walking out on him for demanding to see his work permit.

Mr. Kazhiya has expressed disappointment with the behaviour exhibited by some Chinese expatriates.

But Labour Minister Joyce Nonde Simukoko says it is normal seeing the Chinese walk out on authority as most employers behave in such a manner when the ministry officials are conducting inspections.