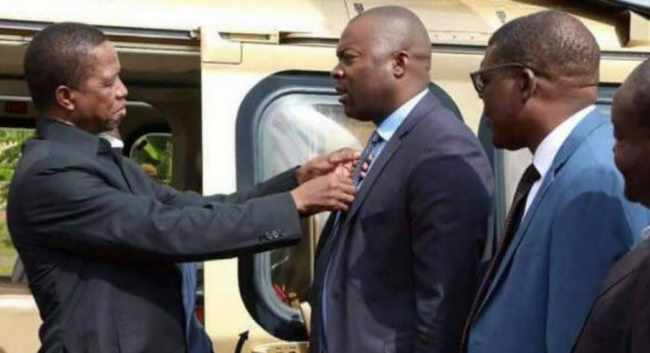 The National Democratic Congress NDC has been closely following the debate regarding the disputed nationality of President Edgar Lungu.

The key questions being raised by the opposition and some sections of the civil society regarding the origins of President Lungu should not be ignored but treated seriously.

As NDC we join this debate and demand that a commission of inquiry be appointed to probe the nationality of Mr. Lungu.

We demand that the Commission of Inquiry be Headed by the Chief Justice.

Further, we demand that all registered political groupings be allowed to appoint their members to sit on this probe team.

That persons of integrity who have held senior positions in the defense and security wings be appointed to be part of this investigative team.

As NDC, we further demand that the terms, conditions and evidence retrieved and obtained by the probe team be made public.

The office of the Presidency is a very sensitive institution and calls into the probe of President Lungu’s origin’s are therefore not misplaced.

The NDC has observed with dismay the contradictory statements on the nationality of the Head of state.

Instead of state House parading Chiefs to speak on the nationality of Mr. Lungu, we demand that the Presidents relatives should come forth with and tell us where and when President Lungu was born.

Currently, records of President Lungu’s birth are not only scanty but highly questionable.

We want to draw the nation to the book authored by diplomat Anthony Mwikita.

The book authored by Mr. Mwikita clearly states that Mr. Lungu was born at the Ndola Central Hospital in 1956.

However, what is more puzzling is that there was no Ndola central Hospital in 1956.

Originally, the health institution mentioned was strictly for the white populace.

The office of the Republican President should only be occupied by bonafide Zambians.

As NDC, we urge all political groupings to unite and ensure that the commission of inquiry to probe president Lungu’s origin’s be constituted within 14 days.