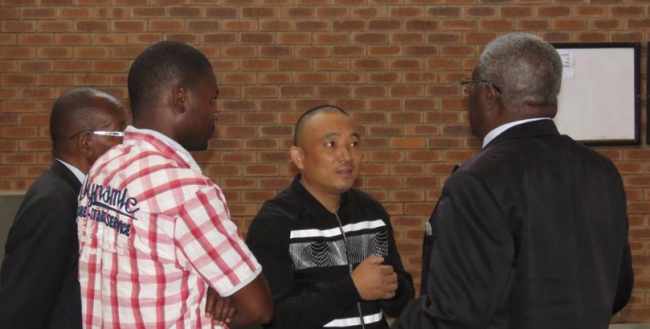 In sentencing Bing, the magistrate said that the offence committed was very serious and amounted to theft.

“It is my view that the offence of the sale of jerseys bearing false trademark is equivalent to theft. The trademark is patented and is a work of creativity so people can learn to be creative when their works are protected,” he said.
“This is one case that should send a clear message especially for a foreign nationals that come to do business in Zambia.”
Bing was charged for sale of goods bearing false description in accordance with CAP 405 of the Merchandise Marks Act.

The Football Association of Zambia is set to offload on the market the replicas for the new KoPa jersey.
KoPa is FAZ’s own brand that was unveiled at the just ended African Nations Championship (CHAN).