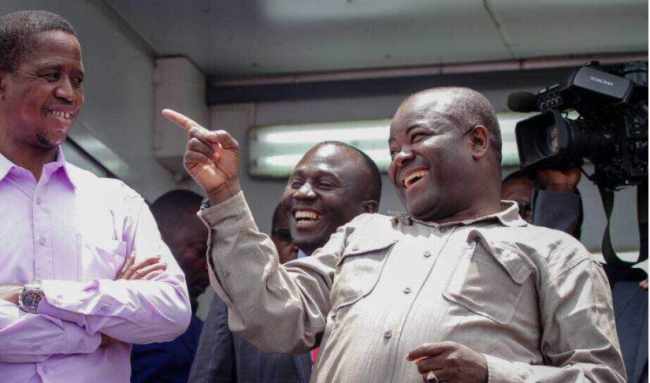 And Mr Chanda disclosed that President Lungu has elevated key offices within government such as the function of the internal auditor to the level of Permanent Secretary and that of the Accountant General in order to curb the misappropriation and misapplication of resources.

Speaking during a media engagement at Bonanza Estates in Lusaka yesterday, the Presidential Spokesperson stated that civil servants are being surcharged and punished internally almost on a daily basis.

“It is not when you stand on the anthill and shout that that is when you fight corruption, that is when you fight leakages of finance or that is when you stop misapplication of resources, the President has elevated key offices within government that deal with controls such as the internal auditor function, the person holding that Office is at the level of Permanent Secretary, Accountant General and also, he has increased the interaction between these key Institutions; the Auditor General is talking regularly with the Deputy Secretary to the Cabinet Finance, Secretary to the Treasury, Accountant General and also that Civil servants are being surcharged and punished internally and quietly! It is not every offence in government that requires the dismissal of a Civil Servant but these things are happening on a daily basis,” he said.

Mr Chanda who is Special Assitant to the President for Press and Public Relations reiterated that the Head of State hopes to see the thickness of the Auditor General’s report reduced.

“The President as he has said, hopes to see the thickness of the Auditor General’s report maybe halfed or reduced to below half of what it is and he has given instructions to controlling officers that the surcharges and the stiff statutory pernalties will be implemented if there is no improvement. So there is strong conversation going on within government about misapplication of funds.

“Because we are in government, we suffer unnecessary criticism about misapplication of funds is labelled as corruption against Ministers and the President and individuals who have nothing to do whatsoever with somebody who, the Controlling Officer has authorised Mr Chanda to go and buy a Nokia and it costs k6000 and when Mr Chanda because he has to communicate to Washington within the shortest possible time, he goes to that shop and doesn’t find a Nokia, he buys a Samsung that also cost k6000, that is misapplication! When all these things are out in the Media, unfortunately, you colleagues of mine cant distinguish between misapplication, misappropriation, theft and corruption – but that is not to justify anything. With all those things, the President is very strong, very clear that he does not want to tolerate,” he emphasised.

Meanwhile, Mr Chanda warned against unnecessary excuses in the administration of public resources. “The reason why you write a budget is to follow it. The reason why you write a programme and say at 10hrs, you want to finish and then at 12:30hrs, you want to go for Snacks is to follow that. So he doesn’t want unnecessary excuses of misapplication that is ending up in the newspapers as corruption and theft, he wants people to stick by the book.

“So measures are being taken, internal conversations within Ministries is taking place and robust conversations in Cabinet are taking place and when the President speaks, publicly as he did when he was addressing the Controlling officers and Ministers and the Director General of Anti-Corruption Commission is in the audience, DEC, Police and says you must act, he means it!”