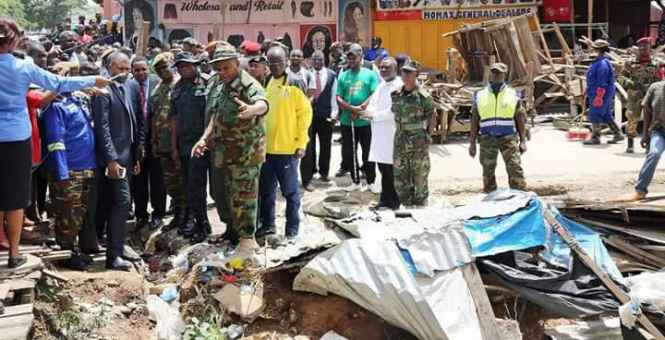 Lusaka City Council has decided to maintain the three wings of the defence force in the city centre for the next six months in an effort to ensure cleanliness.

Lusaka City Mayor Wilson Kalumba explained that soldiers, Zambia Airforce personnel and those from the Zambia National Service will be maintained in town because the council lacks adequate police personnel to implement the ongoing clean-up exercise.

Mr. Kalumba adds that in the meantime, council will start equipping its Police department so that it can be ready to take over the keep Lusaka clean campaign when the men in uniform are withdrawn.