Nkana Member of Parliament Alexander Chiteme has embarked on a robust development project in his constituency that has included dipping his hands into his personal pockets to better the lives of the community.

The Law maker who says he simply loves his constituency and it’s people yesterday tapped into his philantropic self and donated 100 pairs of Bata toughies shoes to pupils at a community school in Nkana.

Speaking when he donated the items Mr. Chiteme described Children as the future who needed to be safe guarded and equipped with the right tools such as education.

However Mr Chiteme, mourned the state of the community school and promised to do more to revamp the building and create more classrooms aside from the two which currently accommodate more than 730 pupils.

He promised to facilitate the 25% required by the European Union and build a 1 by 3 classroom block.

Mr Chiteme who could not hold back tears when he listened to the plight of the pupils promised to cultivate resources from his pocket and that of the many well wishers to ensure that development is taken  to all corners of the constituency and to the country at large.

Meanwhile Mr Chiteme has adopted the highest scoring Grade 7 pupil from the community school into his care.

Agness who got 711 marks has been going to the community school but feared her education had come to a halt after her mother failed to pay her secondary school fees. 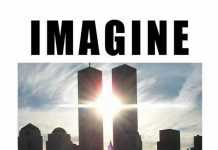