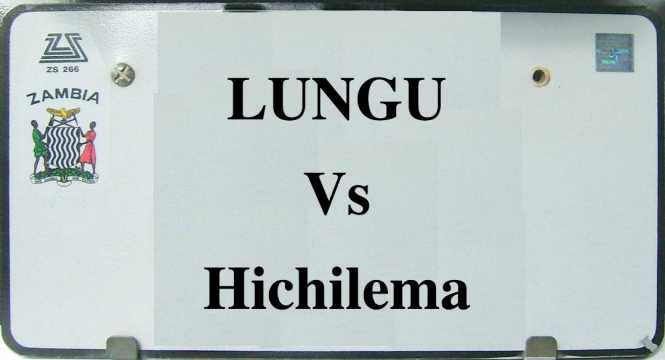 President Edgar Lungu has been called upon to direct the Road Transport and Safety Agency (RTSA) to impound all PF and UPND campaign vehicles having illegal and personalised number plates such as “EL 2016” or “HH 2016”.

And RTSA has been challenged to impound all campaign vehicles having such number plates as this is illegal.
In a statement made available to QFM News today, Governance Activist Isaac Mwanza has noticed that party cadres from both the UPND and PF using these motor vehicles are engaging in electoral violence or taking a lead to commit violent acts and getting away with the violence because their campaign vehicles are all using similar initials which make it difficult for the public not to report these vehicles.

Mr. Mwanza says if President Lungu is to be seen as being serious with enforcement of the law, he must be seen coming out on illegal practices such covering motor vehicle number plates with PF or UPND stickers or use of illegal personalised number plates.
He says despite past orders from Home Affairs Deputy Minister Panji Kaunda to all motorists to stop the illegal practice using initials of their preferred candidates names as number plates, the order was not take seriously because it was issued by a seemingly low ranking.

He adds that RTSA officials must also not be seen to be behaving like cadres when enforcing the law by paying a blind eye to this illegal practice which is making cadres to commit violence and get away with it.