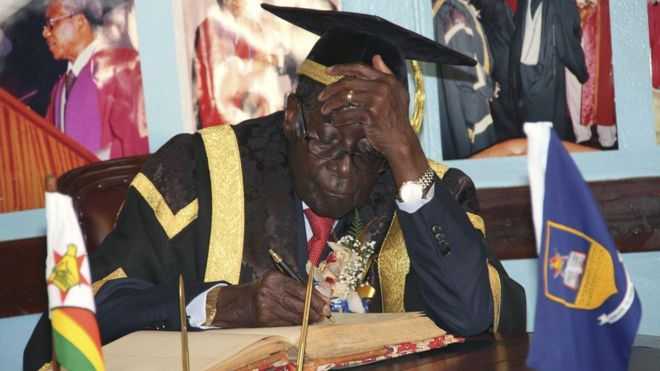 Government has dismissed a false report by a dubious online publication, ZimEye, that President Mugabe collapsed and died while in the Far East where he is on his annual leave.

The website published the story under the headline: “Rumour rips CIO (Central Intelligence Organisation) that Mugabe has collapsed”.

Presidential spokesperson and permanent secretary in the Ministry of Information, Media and Broadcasting Services, Mr George Charamba said the false rumours about President Mugabe’s alleged death had become a usual chorus every January whenever he is on his annual leave.
“You can doubt that there can be a New Year, but you cannot doubt that there will be a story on the President’s alleged death every January,” he said.

“This is the way the website seeks to improve its hits in order to get dirty money from Google. There is a financial incentive to the grim lie.

“Government is exploring mechanisms for dealing with such extra territorial mischief. These websites ride on carriers, don’t they?”

Some people picked the hoax that first appeared on the ZimEye website and started circulating it on social media.

The ZimEye website that is known for fabricating stories, published the story under the pretext of a letter to the editor by one of their readers.

Online media reports yesterday claimed that a South African radio station also picked up the false story and ran it before retracting it and apologising.