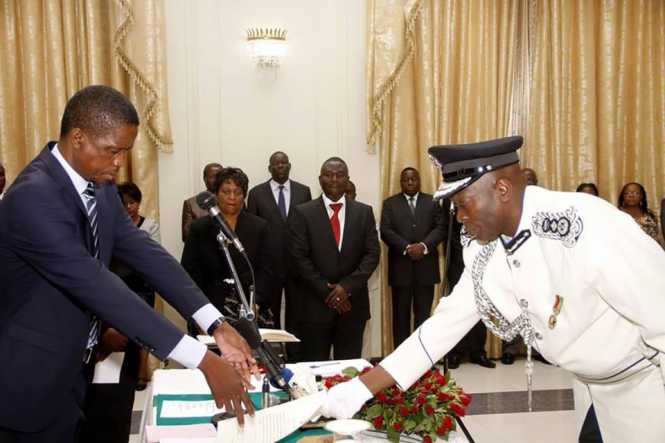 PRESIDENT Lungu has appointed Kakoma Kanganja as Inspector-General of Police taking over from Stella Libongani, who has been sent into foreign mission.
In a statement issued in Lusaka yesterday, special assistant to the President for press and public relations Amos Chanda said Ms Libongani has been redeployed to Canada as Zambia’s high commissioner.
“His Excellency Mr Edgar Chagwa Lungu, President of the Republic of Zambia, has appointed Mr Kakoma Kanganja as Inspector-General of Police, taking over from Mrs Stella Libongani, who has been re-deployed into the foreign service as high commissioner to Canada,” the statement reads in part.
Mr Kanganja was, until his appointment, the deputy inspector-general of police (administration), a position that has been taken over by Eugene Sibote, who was Eastern Province commissioner of police.
President Lungu has also appointed Wilfred Kopa Muma from the judiciary as commissioner of lands.