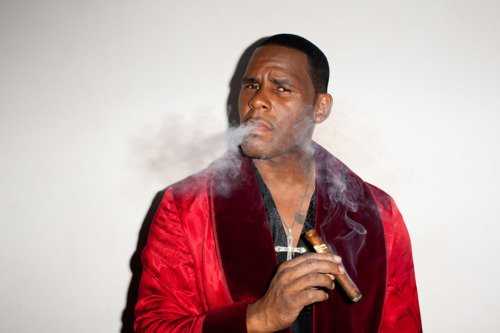 In a recent feature in the New York Magazine, R. Kelly was asked about his alleged sex crimes.
The R&B star received a lot a attention (and scrutiny) for his sexual assault allegations with underage girls.
One of Kelly’s biggest stories regarding this issue was the controversial video of the singer having sex with an alleged underaged woman in 2002.
Kelly responded to the reporter in defense, claiming that the accusations were not true. However, the Chocolate Factory artist’s responses started to get a bit weird after that.
The reporter writes:
Do you have a sexual attraction to underage girls? I ask.
“That’s a rumor that comes from the Earth, like all rumors,” he says, sounding almost bored.
So it’s not true?

“No. It’s not true. I love women, period. If I wasn’t a celebrity, people wouldn’t be saying these things about me.”
How do you explain people close to you saying that you have a problem?
“I don’t know those people you’re talking about.”
I clarify: his brother, his ex-publicist, his former friend and longtime personal assistant.
“All those people have been fired by me. If you’re going to ask me these questions, you have to make sense out of it. It wasn’t until after they got fired that they said these things. Go figure. I got one life, and I don’t want to spend it talking about negativity. I’ve moved on. Maybe you haven’t.”
Although R. Kelly dodged a sentence for over 21 counts of making child pornography, the allegations have been a constant topic talked about recently.
Allhiphop News