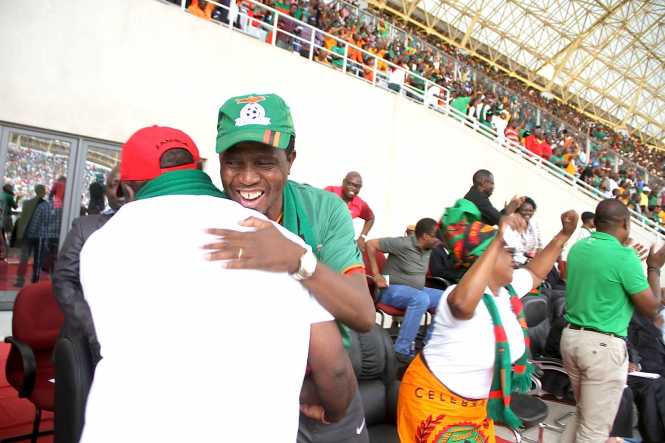 President Lungu has asked Zambians to always rally behind the Chipolopolo boys for the team to continue producing positive results.

The Head of State said this shortly after watching Zambia beat Sudan 2 Goals to Nil at Levy Mwanawasa Stadium in Ndola.

The President who was accompanied by the first Lady was in Ndola to watch the game.

The President was seen at several intervals celebrating the two goals that Zambia scored.

President Lungu who was in a jovial mood said the team should work hard to record similar positive results.

The President added that it is unfortunate that some people want to bring politics in football.

He said Government stands ready to support the technical bench and the players to ensure that Zambia qualifies to the 2018 Russia FIFA World cup.

The Deputy Minister said Government will ensure that allowances for the players are paid immediately after the game.