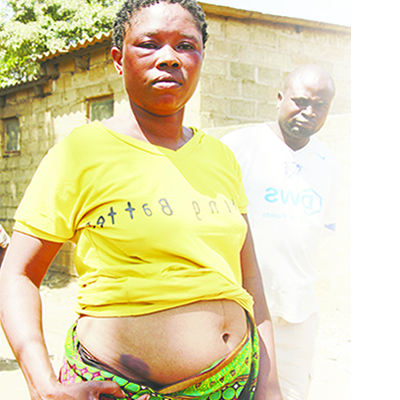 MUSICIAN Clifford Dimba popularly known as ‘General Kanene’ has been granted a K5,000 bail with two working sureties.
Dimba is charged with assault occasioning actual bodily harm. He is alleged to have assaulted Modrine Chisenga of Chawama township.
When the case came up for bail hearing before Lusaka principal resident magistrate Kenneth Mulife, the State said it was not ready to proceed with the case because its witness was not available.
It argued that the witness was supposed to testify how Dimba was allegedly interfering with her and that efforts to communicate with her have proved futile.
And Dimba’s lawyer Nicholas Chanda applied for his client to be granted bail because the State had failed to prove its allegations.

Mr Chanda said there was nothing wrong with Dimba’s family talking to the complainant as they could have been merely trying to reconcile her with Dimba.
He said reconciliation is encouraged by law and that the complainant has been willing to reconcile with Dimba but that her efforts have been allegedly thwarted by the police who have insisted that she comes to court.
“The witness will not come to court and she will never come. She took herself to the police and requested to have the matter withdrawn in the interest of reconciliation. There was a document executed by the complainant but I am surprised that it is not on the docket,” Mr Chanda said.
And Mr Mulife said he had considered submissions from both the State and the defence and that the State was given adequate time in which to look for the witness and prove its allegations.
He noted that it is not in the interest of justice that when people complain they do not come to court when the accused person is in custody.
“I gave the State ample time to prove their allegations. That was justice done, in the same vein, justice should be seen to be done for the accused person and I therefore grant him bail,” Mr Mulife said.
The case was adjourned to November 24 this year for trial.