Home GENERAL NEWS WORLD Floyd Mayweather ‘dropped $50,000 in a stripclub’ after going out with armfuls... 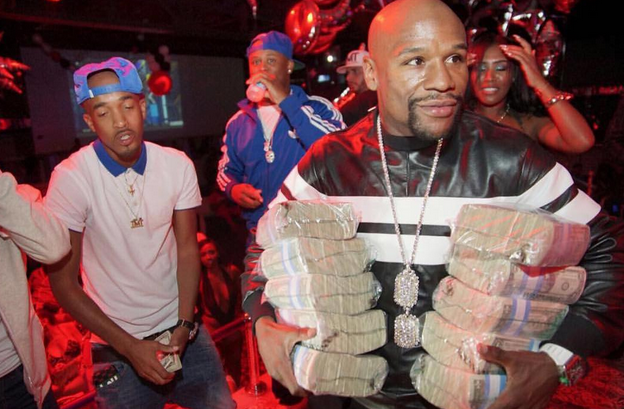 Newly-retired Floyd Mayweather hit the streets with hundreds of thousands of dollars – and could even afford to misplace some on his big night out
With so much time on his hands, newly-retired Floyd Mayweather just doesn’t know what to do.
So after ending his boxing career with a record-equalling 49 wins and no defeats, “Money” as he is known has started redistributing his wealth it seems.
He posted a picture of himself on Instagram carrying armfuls of cash around a nightclub – and there are reports that he even dropped $50,000 at a stripclub on the same night.
Mayweather made $100m from one fight alone – against Manny Pacquiao – and although he’s not short of a few bob, the cash-loving fighter might even be open to a rematch as he bids to replace that misplaced wad of cash.
The picture comes not long after Mayweather revealed he had purchased a “supercar” valued at $3.5 million.
YAHOO NEWS