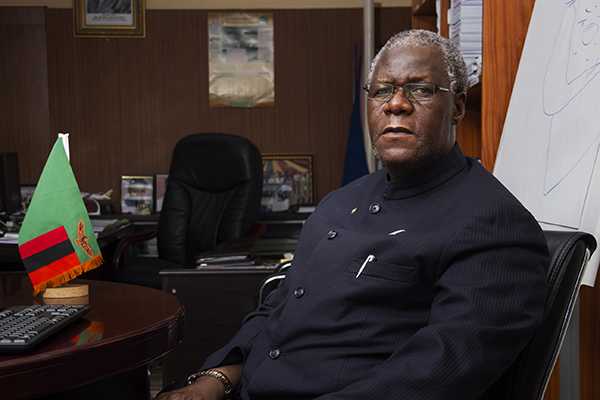 Higher Education Minister Michael Kaingu has directed Copperbelt University Vice Chancellor Professor Naison Ngoma who was on forced leave to pave way for investigation into allegations leveled against him by the CBU Academic Union to return to work with immediate effect.

Dr. Kaingu has told Parliament in a ministerial statement today that the report of the CBU Caretaker Committee presented to him has found neither evidence or merit in the issues raised by the Copperbelt University Academic Union in their letter dated 22nd June, 2015, as the basis for their demand for the removal of the Vice Chancellor and the entire management of the university.
He says the demand made by the Copperbelt University Academic Union for the removal of the Vice Chancellor and the entire university management was premised on allegations which have not been supported by evidence.
Dr. Kaingu says in consultation with the Chancellor of the Copperbelt University and the Chairman of the Caretaker Committee, it has been decided that Professor Ngoma will report for work immediately and that the current CBU management will remain unchanged.
He further directed all members of the academic staff who had decided to withdraw their services to end their illegal action and return to work without further delay.