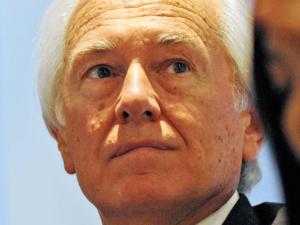 Cape Town-based fund manager banks on Zambia recovery
Zambia is biggest holding after Nigeria in Africa bond fund
Never mind the world’s worst currency and an economy hamstrung by plunging copper prices and electricity shortages. Nick Ndiritu, a portfolio manager at Cape Town-based Allan Gray Ltd, is buying more Zambian debt.
Zambian dollar bonds have lost 18 percent this year, the most out of more than 60 developing nations tracked by Bloomberg, as the kwacha dropped almost half its value against the dollar. That contributed to a 10 percent loss for Allan Gray’s $149 million Africa ex-SA Bond Fund this year, double the 5 percent average decline of its peers, according to data compiled by Bloomberg. Zambian debt is the fund’s second-biggest holding after Nigeria.
“We’ve actually been increasing our exposure to Zambia as the market has become more negative,” adding to holdings of the nation’s Eurobonds due 2024, Ndiritu said by phone on Oct. 14. “We’ve taken a long-term view, and we think over the duration that we hold these bonds, they’re not going to be as marked down as they are today.”
Prices of copper, which accounts for 70 percent of Zambia’s exports, have dropped more than 20 percent in the past year, prompting companies such as Glencore Plc to consider shutting mines and fire thousands of workers. The slump in the industry will curb economic growth to a 17-year low of 3.4 percent in 2015, according to estimates from Barclays Plc, cutting tax revenue at a time when borrowing costs are rising and the kwacha’s slump is making dollar-interest payments more expensive. President Edgar Lungu called for a national day of prayer on Sunday to rescue the economy.
Zambians have been forced to endure power cuts of as long as 14 hours a day in the capital, Lusaka, as drought caused water levels to drop at Lake Kariba hydropower plants, which supply the nation with almost half of its electricity. Dry weather has also caused a 22 percent slump in production this year of corn, the staple food, boosting inflation.
That’s putting off many investors. The yield on the $1 billion of 2024 securities has climbed 338 basis points since the beginning of June, reaching a record 12.7 percent on Oct. 1. The rate on $1.25 billion of Eurobonds due 2027 has soared 237 basis points to 11.72 percent since it was sold in July. The kwacha weakened 1.3 percent to 11.9823 per dollar by 4:20 p.m. in Lusaka, bringing its slump this year to 47 percent.
‘Very Difficult’
“Investors will certainly be hesitant to put any amount of money into the country now; over the longer term maybe, but this year especially it’s going to be very, very difficult,” John Ashbourne, Africa economist at Capital Economics, said by phone from London on Oct. 16. “Yields are already really high, and it’s difficult to see why they would go any lower any time soon. It’ll probably get worse before it gets better.”