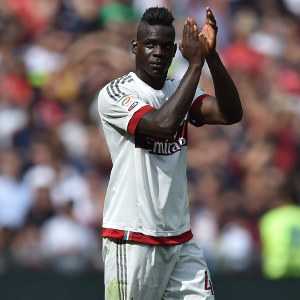 Controversial forward Mario Balotelli was snubbed again on Monday as striker Domenico Berardi pulled out of the Italy squad for Euro 2016 qualifiers this week.
Italy coach Antonio Conte has decided not to replace the Sassuolo striker, who was picked for the first time but has had to withdraw after injuring himself in the warm-up ahead of his team’s match at Empoli in Serie A on Sunday.
The Azzurri are top of Group H and travel to Azerbaijan on Saturday before hosting Norway in Rome three days later.
A win in either game would assure Italy of a place at next year’s tournament.

Balotelli, who has not played for his country since last year’s World Cup, has been injured recently and was not called up by Conte on Saturday in his original 27-man squad.
The 25-year-old AC Milan forward did not play in his team’s 4-0 defeat at home to Napoli on Sunday as he recovers from a minor muscle injury, although he is expected to be fit by this weekend.
© AFP