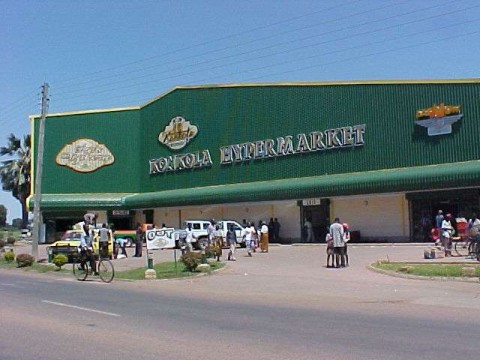 MAZABUKA town, affectionately called the sweetest town for its sugarcane production, prides itself as one of the oldest administrative centres in Zambia, having developed into an organisational centre in the 1920s.
Nestled 125 kilomtres from the capital city, Lusaka, the town is the heartbeat of the Southern Province of Zambia.

Just as the economy of the Copperbelt towns depend on copper, in Mazabuka, socio-economic activities are driven by sugarcane cultivation with sugar refining being at the centre.
Unlike on the Copperbelt where suppliers complain perpetually about delayed payments, it is the complete opposite in Mazabuka where Zambia Sugar Plc is a decent corporate citizen, settling all its dues on time.
In Mazabuka, lodge owners benefit greatly as Zambia Sugar book all the rooms – sometimes for long periods as they accommodate some contractors.

“It’s is the major employer in the district and major industry. We anticipate that its proceeds should benefit the people of Mazabuka,” says Mazabuka District Council director of planning, Chiyenge Sampa.
LOCATION
Mazabuka is located along the Great North Road, 125 kilometres from Lusaka and about 360 kilometres from Livingstone city, the tourist capital of Zambia.
The district is strategically positioned as it is the entrance into Southern Province as one travels south from Lusaka and is at the same time, an exit from southern Zambia as you move northwards into the capital city.
It is situated in the north-eastern part of the Southern Province. The latitudinal and longitudinal position of Mazabuka is 290 and 270 East and 150 and 170 south respectively.

HISTORICAL DEVELOPMENT
Previously, the current Mazabuka was called Lubombo village.
Mazabuka was linked to the railway line from the south to the north in 1905. Due to the railway line linkage and the fertile soils, Mazabuka was chosen as a settlement and farming area for white settlers.
It grew into an administrative centre in the 1920s.
In 1925, an agricultural research and veterinary station was established. In the same year, a British Office of Military Administration (BOMA) was established with the transfer of administrative functions from Magoye, Gwembe and Kalomo to Mazabuka management board.

In the late 1950s, Mazabuka Rural Council was established together with Monze and later in 1977, they were split again due to the expansion of population, infrastructure and also the decision of the seven chiefs from Monze and Mazabuka to make Monze a district of its own.
Mazabuka became a township council in charge of the urban area whereas Monze became a rural council running both rural areas.
Due to a government policy in 1980, Mazabuka became a district council and started running both urban and rural district areas.

It changed to municipal council in 1996 due to the increase in the population, expansion of Zambia Sugar and the increase in the number of wards.
Between 1966 and 1968, Nakambala Sugar Estate was established in Mazabuka while in July 1995, it was privatised to become Zambia Sugar Public Company Limited.
Before Nakambala Sugar was established, the area was just a forest with traditional shrines. The establishment of the estate created employment and also facilitated an increase in the population.
Mazabuka was conferred municipality status in September 1996.

SETTLEMENT STRUCTURE
The settlement structure of Mazabuka is quite dispersed, with the township standing as main settlement due to the sugar industry.
Apart from Central Mazabuka, only Kafue Gorge shows signs of central place functions. This can be explained by the important function of the power station situated in Kafue Gorge.
There is an administrative office situated in Magoye and is controlled by the Mazabuka council.

AGRICULTURE
Mazabuka has all the category of farmers, with small scale farmers being the high percentage followed by the medium or emergent farmers and the smaller percentage are commercial farmers. In the recent farmer register, 30,002 farmers are in the small scale category.

HEALTH
Mazabuka has 45 health centres but the coverage is lower than the standard in both rural and urban areas. A population of 38,225 and 3,089 is not effectively serviced by the available health facilities in rural and urban areas respectively.
“We expect it [Zambia Sugar] to behave like other big companies such as on the Copperbelt. It should invest in the service of the town. Also pay fees and charges to the council and support the council in its operations,” Mr Sampa, the Mazabuka council director of planning, said.

WARDS
There are 20 wards in Mazabuka, of which three are in the urban area and 17 are in the remote part of the district with a total of 401 villages found in four chiefs.
There are three peri-urban centres in rural Mazabuka; Magoye in the south – west and Nega-Nega and Namalundu in the north.
Mazabuka has four chiefdoms; Mwanachingwala, Sianjalika, Mweenda and Nalubamba.

CULTURE
Tonga is both the predominant tribe and language spoken by inhabitants of Mazabuka.
CUSTOMS, BELIEFS AND PRACTICES
The Tonga society has certain rituals that are still performed by the people. These include death and cleansing rituals.

HYDROLOGY
There are a number of streams and rivers in the district. However, the most prominent is the Kafue River in the north – which is important not only for fishing but also for production of hydro-electricity.

Mazabuka boasts of the largest power station in the country, Kafue Gorge, made by the damming of this river. The station produces 600 megawatts of electricity. Mazabuka receives 39 megawatts of which four megawatts are exported to Monze, Pemba and Chisekesi.
Zesco is trying to increase electricity generation capacity to 40 megawatts due to the increased demand especially by Zambia Sugar Plc., which is the major consumer.

WILDLIFE
Mazabuka is home to the Kafue wetlands which have the unique Lechwe and Zebra which attract tourists in terms of game viewing and sport hunting.
As the Kafue River runs through Mazabuka, it provides a variety of species, which attract both local and foreign tourists to sport fishing.
Its waters also house the hippos and crocodiles, which fascinate tourists.
The Kafue flats also offer Africa’s most attractive birds of the wetlands.
The Lochnivar National Park and some game management area in the north and south banks as well as the Blue Lagoon National Park are found on the Kafue River banks.

MUNALI HISTORICAL SITE
Little has been done to improve this important site. It can be a means of tourist attraction if promoted.
MINING
Mazabuka has deposits of nickel and copper at the Munali hills. According to Albidon Limited, the area has a total resource of 10.4 Mt at 1.13 percent Nickel and 0.16 percent copper.
The district also has limestone deposits in Chivuna.
RADIO STATIONS