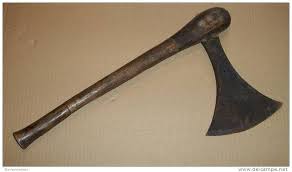 A 20 year old woman of Fundyamali village in Mpulungu in Northern Province is nursing serious wounds in Mbala General Hospital after she was allegedly axed by her husband.

According to Police sources Linda Mazimba was axed on the neck, shoulder and on the rib by her husband Mathews Kalumbi aged 30 on Tuesday last week.

The sources told ZANIS in Mpulungu today that Kalumbi has since been arrested and remanded in police custody awaiting to appear in court soon.

Details in the matter are that on the fateful night the couple were in their home and suddenly an unidentified man from outside started calling the woman.

It was at this point that Kalumbi suspected that the man who was calling his wife was her lover and immediately rushed to fetch an axe which he used to axe her three times and later bolted.

The woman was only rescued by her neighbours who came in after they heard unusual screams and later rushed her to Mbala General Hospital.