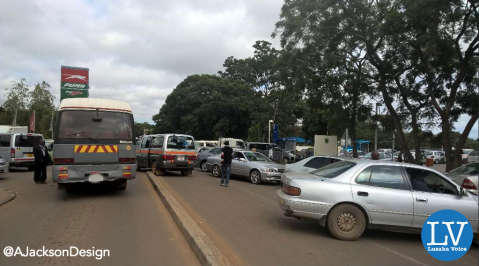 ZACA Information and publicity officer Juba Sakala said this in a statement in Lusaka yesterday.
He said that it was imperative that bus operators maintained old bus fares.

Mr Sakala said this was so because a few months ago when the Energy Regulation Board (ERB) reduced the pump prices of fuel, operators resisted to pass over the benefits to consumers citing various reasons.
Two days ago, the pump prices of fuel increased by an average of K1.00 in response to the volatility in the country’s exchange rate.
The new price of petrol is now K9.87 from K8.74, while that of diesel has gone up to K8.59 from K7.59 with the cost of Kerosene going up by 72 ngwee to K6.12. ERB announced the development in a statement.

“We are aware that fuel prices will impact negatively on the consumer. So as ZACA, we want to advise the bus operators in the country to consider maintaining the old bus fares. We know that once bus fares increase, it will impact negatively on the consumer,” Mr Sakala said.
He said currently, consumers were already affected with the power deficit and were looking at other sources like fuel for generators.
Mr Sakala said the association was also aware of the continued depreciation of the fragile Kwacha against the United States dollar due to falling copper prices.

He said the Government should consider diversification seriously and stop over-dependence on copper as the major export.
“Government must consider strengthening the gemstone and agriculture industries. If properly harnessed, the two can bring the much needed foreign exchange into the country,” he said.