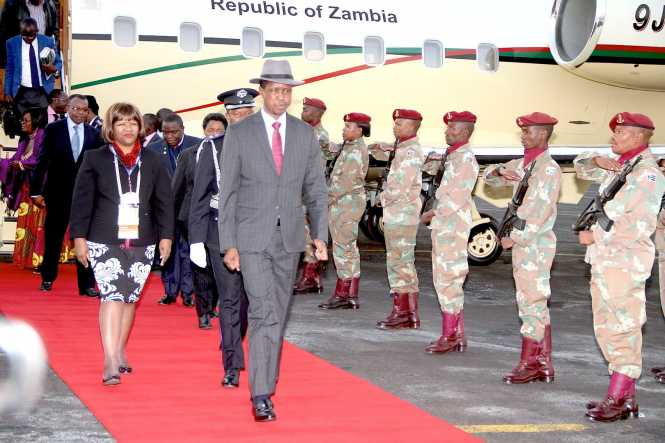 President Lungu says if some chiefs in the province are aggrieved with the statement there is need to sit with him to hear his thoughts on the matter.

The President further says there is no room for secession in Zambia and that people should focus on uniting the country in view of Heroes and Unity Day which was celebrated on Monday and Tuesday.

Speaking to journalists upon arrival from Malawi on Tuesday, Mr. Lungu says that no political leader will ascend to Zambia’s Presidency by dividing the nation.

He says there is need to build on the legacy of unity and development left by the fore fathers.

And on his trip to commemorate Malawi’s independence, Mr. Lungu says that country is faced with similar challenges like Zambia hence need for the two countries to develop further in order to uplift the living standards of citizens.