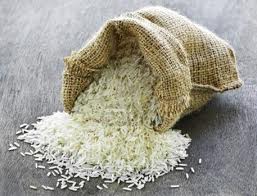 THE Jesuit Centre for Theological Reflection (JCTR) has urged the public to consume locally grown rice to help cushion the high prices of mealie meal.

To this effect, JCTR has called on Government to speed up the implementation of the National Rice Strategy (NRS) policy to support rice farming across the country.
This is according to a statement issued by JCTR media and information officer Mwiinga Shimilimo on Friday.

Ms Shimilimo said despite the agro-ecological zone being favourable for growing crops such as Irish and sweet potatoes, cassava and rice, maize has continued to have a dominant effect on the agriculture system, consumption pattern and the economy.

Ms Shimilimo called on Government to improve infrastructure in the rice sub- sector such as rice shelling machinery and access to markets where rice can be sold.

The JCTR’s rice advocacy and scoping studies reveal that most Zambian households prefer to eat local rice varieties such as Mongu, Nakonde or Chama rice as compared to imported ones as the local varieties have an aromatic flavour and are highly nutritious.

Ms Shimilimo also said even though crops such as rice are readily available and have increased in production volumes, consumption still remains low among most households in the country.